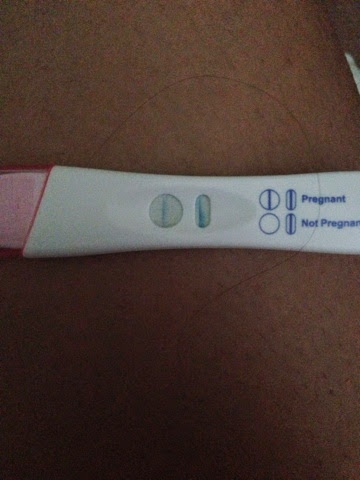 So, I’ve been quiet about this the past few weeks, but WE ARE HAVING A BABY!  We went to see my doctor yesterday, had a perfect ultrasound, saw the baby, saw and heard a beautiful and strong 165 bpm heartbeat, and were told that everything looks perfect! Our Estimated Due Date is March 1, so I’m saying February, and calling this baby my “Lil Valentine”. I’ve always wanted a February baby, because nobody on either side of our family has a birthday in that month!

So, here’s the story so far: when I didn’t get pregnant in April from our first round of Clomid, I was really discouraged and sad. But we felt like God put this desire for another child on our hearts, so I took the clomid again and we tried again. I’ll admit, I wasn’t super hopeful, but I kept praying and fighting to trust God.
June 17 was the day I expected my period, and I decided to go ahead and take a pregnancy test that day, even though I had no symptoms. I woke up at 4:30 in the morning needing to use the bathroom, and thought “well, guess this is it!” And went ahead and tested. The test looked negative in those first moments, and I went back to bed, a little dejected. Now, in the few more hours I slept, I had *two* dreams that the test turned positive before I looked at it again. So, when I woke up, I looked at the test again. Sure enough, there was a faint but visible second line. I showed Scott, who saw the line too. But you know, the instructions say ignore any change after ten minutes…so we decided to test again in a week.
Over the next week I prayed a lot, pouring out the desires of my heart to God, but also asking Him to give me peace and patience for His timing.  Toward the end of the week, this became my mantra when my heart would feel heavy: “when God decides to give us another baby, nothing is going to be able to interfere with that.” And I felt much less nervous about what the outcome of that next test would be. I continued asking God for a baby, but also began to rest in knowing His timing is perfect.
On June 24, I woke up at 2:38 AM and had to use the bathroom. Again, I thought “well, guess I have to test now!” And I did. This time though, as I watched the test develop (I’ve tried countless times not to look till 2 min and nave never succeeded), I had to blink and run my half asleep eyes as I watched a second line appear on the test. It was just like the day we found out about Lexi, and just like that day, Scott was skeptical till he saw it himself. Then, his second reaction was “Woman, why did you have to do this at 2:30 in the morning? I have to go to work!” Oops. So, we tried, not too successfully, to get some more sleep.
Because we don’t know (and will never know) what caused our early losses, I wanted to be proactive but not paranoid this time. I called my doctor and asked if he thought I needed to supplement progesterone, and he ordered a blood test to see. I wasn’t anxious, because if there was a problem, it was easily solved. But, in light of all we’ve been through this year, and the fact that again, I have no big glaring pregnancy symptoms (just like with Lexi), the fear started to creep in. The blood test had been on Tuesday, and Thursday morning I was crying out to God for help, for peace, for the ability to trust Him, because my fragile trust was shattered back in January, and I knew but needed to really *know* that this God I put all my hope in is worthy of my trust, even though I don’t always understand the way things go. I was praying and crying out for help, when the phone rang. It was my doctor-not one of his nurses, who usually call to follow up, but my actual doctor. He told me that my bloodwork looked great! My progesterone was good and so was my pregnancy hormone. Praise God! My body was doing everything it should! The number he gave me for my pregnancy hormone level was higher than it ever was in January, so that was awesome too. And that call came exactly as I was asking God for reassurance. Amazing.
The next 3 weeks passed very uneventfully, with many naps and varying levels of anxiety. I have an incredible circle of women (and a few men) who are patiently supporting me and encouraging  me and praying for us, and I am so thankful for all of them. I know God is blessing our baby through their prayers, and I thank God and ask his blessings on them daily.
Yesterday’s appointment was perfect, I feel good, if a little tired, and I can’t wait to share this journey and this baby with all of you! 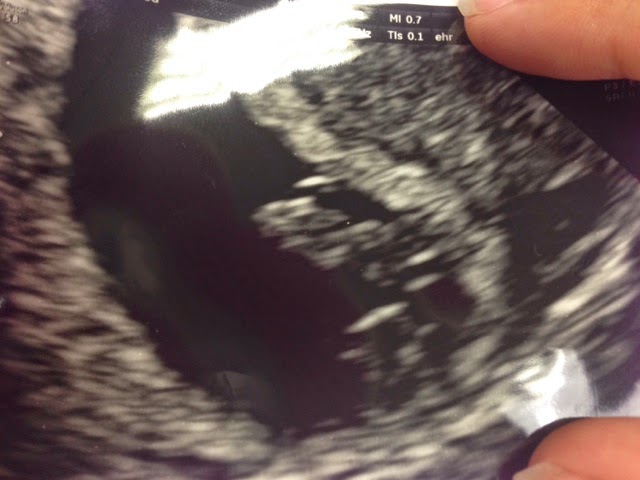