This past Saturday Scott was dealing with some pretty frustrating things going on at work, and found himself preoccupied and restless. After making breakfast for the kids, he started playing Mario Kart with Lexi to try to unwind, but he still found himself pretty hacked off. It was then when he asked me if we could get out of the house and do something. You know the emoji with the red cheeks and Big round eyes? That was me. I was so emotionally spent from a big week of goal setting and an amazing 2 hour FaceTime with my mom, and I hadn’t slept well. I was definitely not feeling up to any kind of people exposure.

But this was my Scotty, the man who has spent almost nineteen years taking care of me and loving me, and, especially the past three years, sacrificing himself for what’s best for me (and the kids). I wanted to do whatever I was able to to help him feel better. So I told him I was open to figuring something out.

He asked me if we could go hike a particular trail, and this seemed doable. I was still trepidatious, but said yes, and, after my scheduled workout and all the expected hurdles of getting a couple small children ready, we were on our way. I was anxious before and during the hike, unsure of what to expect and how the kids would do, but everything was amazing.

Lexi took off like a rocket and had to be reminded a lot to stay within where we could see her, and Declan set a steady pace for himself, looking up at me often and yelling “FUN, Mama!” As we hiked hand in hand. After awhile, he didn’t want to hold my hand anymore and took off on his own, only slowing to hold my hand during icy patches. We hiked a a little over thirty minutes before turning back, and both kids made it back to the car with plenty of energy to spare. They both had so much fun, I think this is definitely something to be repeated. 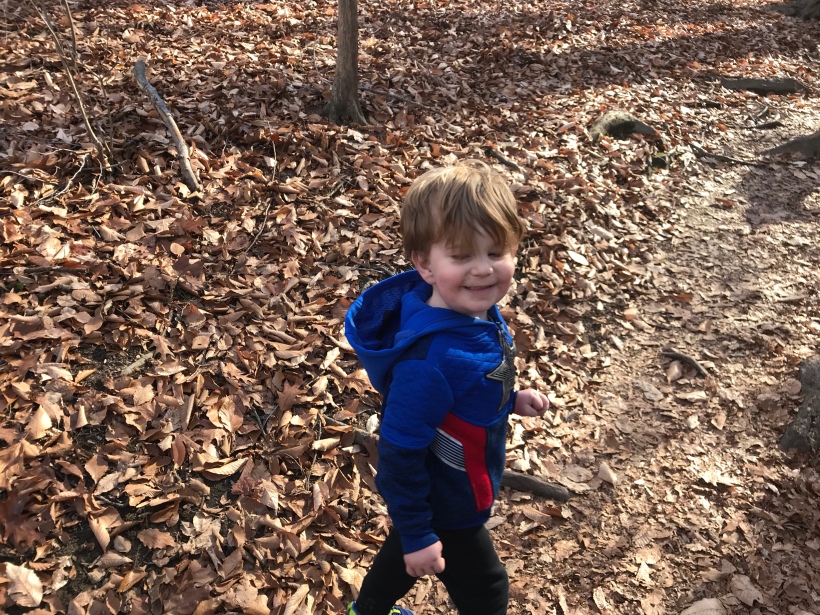 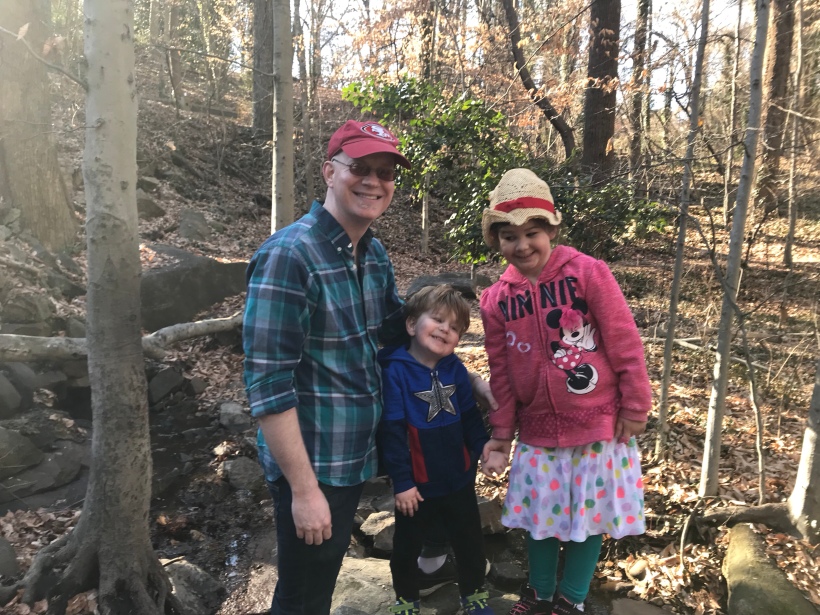 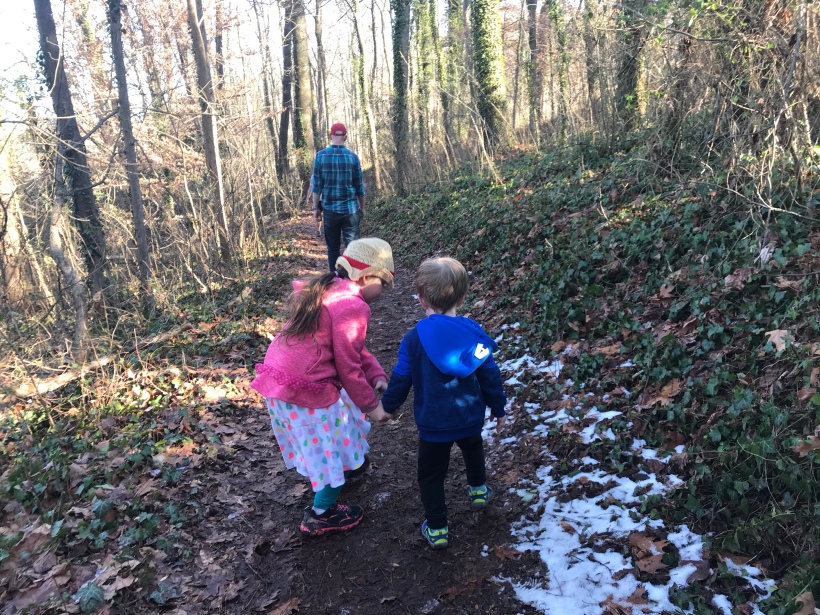 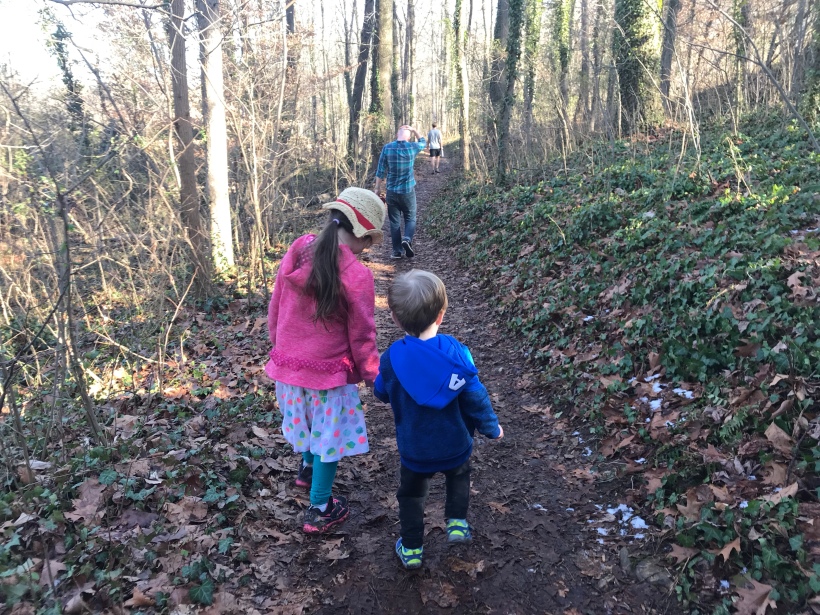 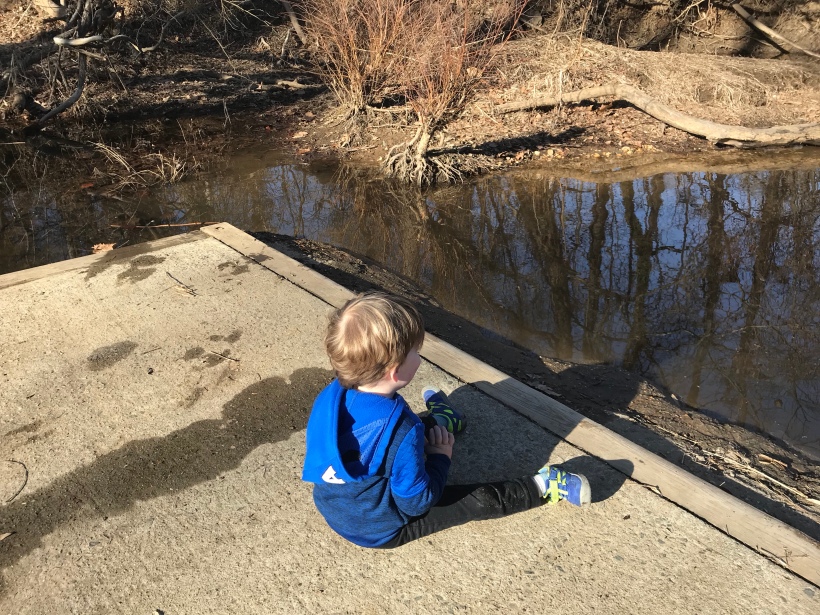 I definitely experienced a fallout after, and even now, a few days later, I’m still spent from last week, but it was still so so good.